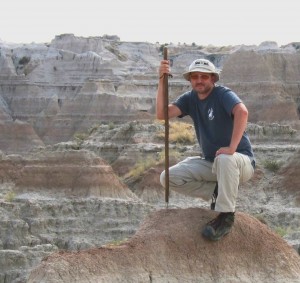 “I am a predator ecologist, and my main areas of research include predator feeding ecology and nutritional physiology, integrating generalist predators within modern farming systems, the importance of biodiversity in managing pests, and carabid taxonomy and natural history. I have been a research entomologist with the USDA-ARS in Brookings, SD since 2004, and was named the lead scientist of the pest management group there in 2008. Relating entomological science to the general public is a key priority of my research program. For my contributions, I was awarded the Entomological Society of America Young Scientist Award, the Rothbart Award by the USDA-ARS, and the Presidential Early Career Award for Science and Engineering, the highest government honor for scientists in this age class.”

Complex interactions among seeds and the carabids that eat them

Seeds are a plentiful and nutritious form of food for many insects within a soil-dwelling community. The first step in understanding the granivore community associated with a seed species is diagnosing the degree to which arthropods within a habitat actually consume the seeds under natural conditions. In part, seed preferences determine the interactions among members of an insect community and a given seed. These preferences are shaped by numerous characteristics of both the seeds and the insects living within a habitat. But sometimes there are differences in dietary specialization even within a species. Recent work by our group reveals that bacterial symbionts may determine which biotypes within a sympatric carabid population are more granivorous than others. New investigations in understanding the complex trophic interactions between carabids and seeds will likely make the use of granivory a more reliable source of pest management for weed species, as well as understanding the density and dispersion of many plant species within a habitat. 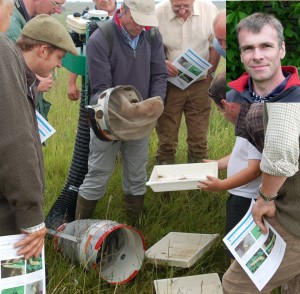 “I am Head of Farmland Ecology at the Game & Wildlife Conservation Trust. My research has focussed on the ecology of insects on farmland with the aim of understanding the impacts of farming practices and developing techniques to enhance their numbers, with an emphasis on beneficial insects and those important in the diet of farmland birds. I am currently convenor of the IOBC working group “Landscape Management for Functional Biodiversity”. I have authored or co-authored more than 120 scientific publications and was editor of the book on the Agroecology of Carabid Beetles.”

The spatial dynamics of carabids are complex as they are determined by factors acting at small (several metres) to landscape scale. Understanding what drives these dynamics is essential if we are to maximise the value of carabids for biocontrol of crop pests. Many factors are now known to be important in determining their spatial pattern including the mobility of the species, their inherent behavioural instincts, environmental features and the distribution of their predators and prey. From a series of detailed studies over two decades we can now identify some of these crucial factors and make recommendations on how to encourage carabids in agro-ecosystems.

“My main research interests are functional anatomy and morphology, behavior, phylogenetic systematics, symbiotic interactions in insects, especially beetles. As Ph.D. student, I unusually approached the study of carabid beetles from their immature stages, focusing on the peculiar larvae of Paussinae. Since then, this ground beetle subfamily, especially the myrmecophilous tribe Paussini, has become my preferred model taxon for evolutionary studies. I integrate multidisciplinary approaches (morphological, behavioral, chemical) and different techniques, including electron (SEM, TEM) and ion beam (FIB) microscopy, to study the evolution and diversification of this group. My second major group of interest are Meloidae and their parasitic strategies of development”.

Paussinae, also known as flanged bombardier beetles, are a monophyletic carabid subfamily that includes about 750 species mainly distributed in tropical regions. They share a unique type of larva with a peculiar terminal disk at the end of an up-curved abdomen, and an explosive defensive strategy that parallels that of brachinines. Most paussines have broken the communication code of the ants and live in their nests as tolerated social parasites, feeding on ants’ brood and laying their eggs inside the nests where the beetle’s larva will develop. Adaptations to a life with ants have resulted in the evolution of amazingly modified structural and physiological features, both at larval and adult stages, and extraordinarily refined strategies of communication that redirect the ant’s behavior. Several new findings show an unexpected complex array of myrmecophilous strategies that can be tackled only by an integrated multidisciplinary approach.